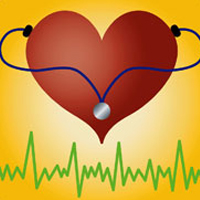 Heart Disease in Indian Americans What you should know now 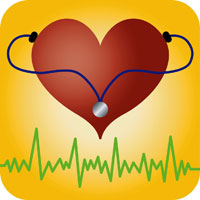 About three and half decades ago, a prominent Indian physician living in suburban New York City died of a sudden heart attack at the young age of 49. The first reaction from the Indian community was shock followed by dismay and grief. But they soon reconciled and hoped this was an isolated incident. However, cases after cases of coronary heart disease (CHD) in Indians started popping up all over the United States. Stories of many of our friends getting ‘balloon jobs’ and ‘bypass surgeries’ became common news, creating anxiety and panic attacks. A new dramatic epidemic was just unfolding right in front of our eyes. 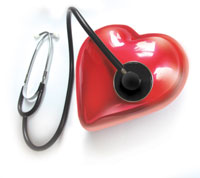 Soon reports from other countries like Canada, Fiji, Malaysia, Singapore, South Africa, and of course, from the Indian subcontinent also confirmed this disturbing trend. It became clear that people of Indian origin, wherever they settle, are at high risk for premature CHD and its devastating consequences including death. And the incidence continues to increase globally. Interestingly, other immigrant populations, like the Chinese and the Japanese, don’t seem have this problem!

In the early 1980’s, Dr. Enas. A. Enas, a cardiologist from Chicago, launched an intense research project called “CADI (Coronary Artery Disease in Indians) Study,” to unravel the mystery of CHD in Indian Americans. CADI became the catalyst for similar studies in the US, England, India and other countries where Indians settled. These studies concluded that all immigrant South Asians share a much higher mortality and morbidity from CHD than the indigenous white population. More frightening is that this increased risk also applies to the second generation Asian Indians who have adverse risk factor profiles for CHD.

Here are some of the important facts about CHD in Indians:

A plant-based diet is high in fruits, vegetables and fiber, and low in salt (go easy on pickles and curries), glycemic load (too much starchy food), saturated fat (full-fat dairy products, meats etc), and trans fat (fried or crispy food). Fish and fish oils are good for your heart. Bake, broil, or stir fry your food and avoid hydrogenated oils (dalda, ghee, etc). All Indian foods in Desi supermarkets now are packaged and labeled properly with regards to nutritional value, so read the labels as you make your food choices. Go easy on those delectable sweets like jelebi, laddu, gulab jamun, etc., which contain a lot of saturated fats and refined sugar.

Next is exercise. About 30 minutes a day, six days a week is ideal. Cardio exercise, like brisk walking, jogging, swimming, cycling, and aerobics, is a good choice. Yoga and Tibetan rites are also helpful. You may want to join a gym or get a Guru to get started, but proceed slowly if you have not been regular with exercise before now.

Lifestyle modification is key and should begin in childhood, to prevent heart attacks in young adulthood and beyond. For those who fail to achieve cholesterol goals with aggressive lifestyle modification, statin therapy offers the best hope of preventing a heart attack and other complications of heart disease. There are no specific drugs to lower Lp (a); hence even stricter control of LDL is suggested. Good control of diabetes and pre-diabetes, maintaining optimal blood sugar levels, is a must. Avoid stress as much as possible and inculcate some spirituality as well. Periodic health check- ups starting at an early age by your family physician with special attention to blood lipids and sugars are critical for longevity.

Recommended reading: How To Beat the Heart Disease Epidemic Among South Asians (By Enas A. Enas, MD FACC with Sudesh Kannan, PhD)

Heart Disease in Indian Americans What you should know now