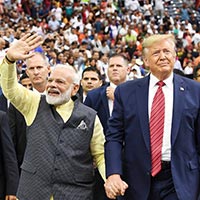 Indian Americans: A Rising Political Force in the US 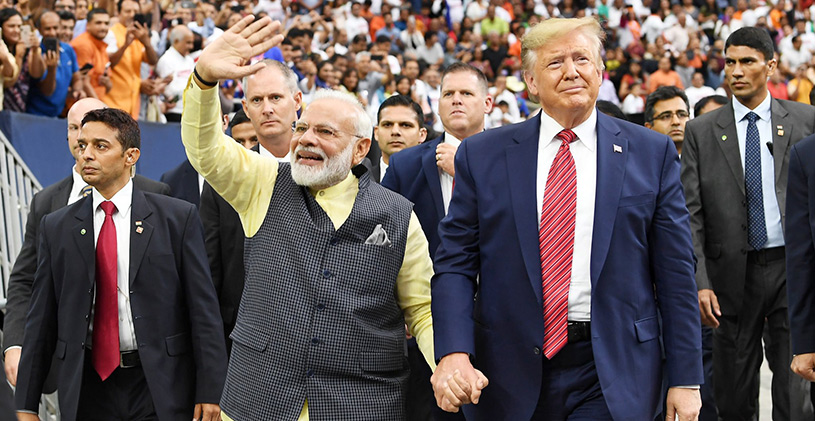 When United States President Trump decided to share a stage with Indian Prime Minister Narendra Modi in Houston, Texas, in September 2019 in front of a crowd of over 50,000 Indian Americans, the political power held by Indian Americans as well as the community’s influence ahead of the 2020 US presidential election was clearly visible. 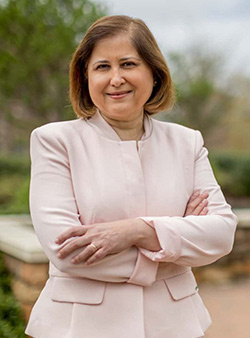 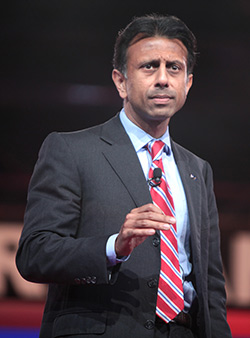 Indian Americans are becoming determinants of change in US politics today. The diaspora has resulted in strengthening the spirit of democracy and diversity. From Dalip Singh Saund, the first Indian American member of the U.S. House of Representatives from California in 1957, to Ghazala Hashmi, the first Muslim woman to become a Virginia State Senator, it becomes imperative to understand how this community serves America and addresses the problems of the next generation.

According to the American Community Survey 2017, Indian Americans comprise 1.3 percent of the USA’s total population. According to the Migration Policy Institute, Indians are second to that of Mexicans in the number of immigrants.

According to the Pew Research Center, Indian Americans are the most heavily Democrat or lean Democratic (65%), while only 28% identify with or lean toward the Republican party. 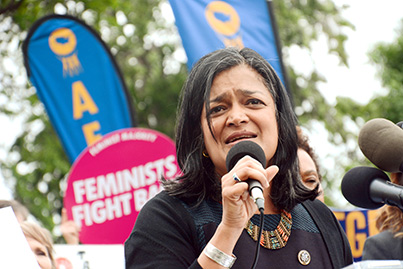 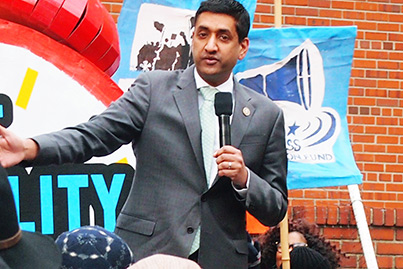 However, it was a Republican Congressman, Piyush “Bobby” Jindal who was the first American of Indian descent to become elected a United States Governor and served as Governor of Louisiana from 2008-2016.

Similarly, Nikki Haley is a Republican who became the first female Governor of South Carolina in 2010, and she is the first Indian American to hold a federal cabinet level position when she became US Ambassador to the United Nations under President Trump’s administration. 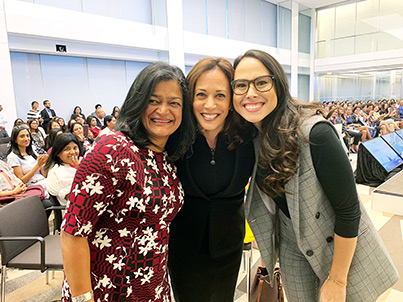 Be it with the Democratic or Republican Party, Indian Americans are rising in strength and political ambition. This year, Tulsi Gabbard, the first Hindu lawmaker in the US, and Kamala Harris, US Senator from California, are candidates in the 2020 presidential election.

Kamala Harris, a civil rights lawyer and activist, served as the District Attorney in San Francisco for two terms (2003 and 2007). She was also the first Indian American to serve in the United States Senate when she was elected in 2016. Even though she recently pulled out of the presidential campaign, she is a very strong contender for the position of Vice President.

Besides Senator Harris, in 2016, Indian American leaders Ro Khanna, Raja Krishnamoorthi, Ami Bera and Pramila Jayapal were also elected to the US Congress. From the Wall Street Journal as a journalist to a civil rights activist on the international stage, Pramila Jaypal has come a long way in politics with her policy on immigration. 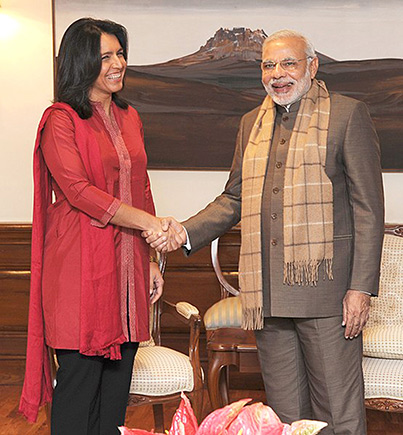 Indian Americans have made their way into politics from different walks of life and in multiple areas. Over the last three years, President Trump has appointed at least 36 Indian Americans to top positions in his cabinet and the federal judiciary putting him on track to break records by the end of his first term.

As President Trump continues to nominate Indian American leaders to top positions in his cabinet and the federal judiciary — most recently Neomi Rao, whom the president appointed to fill the seat vacated by Kavanaugh on the U.S. Court of Appeals for the D.C. Circuit. To list a few more important positions in President Trump’s administration, Nikki Haley as U.S. Ambassador to the United Nations; Raj Shah as the White House Deputy Press Secretary and Deputy Assistant to the President; Neil Chatterjee as Chairman of the Federal Energy Regulatory Commission; Ajit Pai as the chairman of the United States Federal Communications Commission; Rita Baranwal as Assistant Secretary of Nuclear Energy; Aditya Bamzai as member of the Privacy and Civil Liberties Oversight Board; Bimal Patel as the Assistant Secretary of the Treasury; Seema Verma as the administrator of the Centers for Medicare and Medicaid Services; Vishal Amin as an intellectual property enforcement coordinator; and Manisha Singh as Assistant Secretary of State for Economic and Business Affairs.

The year 2019 has been the most influential year for the community. A clear openness to the diaspora was evident with the Howdy Modi event organized in Houston, Texas. Two influential leaders of the largest democracies, Prime Minister Modi and President Trump shared the stage to address the gathering of over 50,000 Indian Americans.

As of December 2019, Indian Americans collectively contributed over three million dollars to the 2020 presidential campaigns. That is considerably higher than most PACs and organizations have raised. It is a token of faith and more importantly of involvement.

over 50000 Indian Americans In Houston

Tulsi Gabbard the first Hindu lawmaker in the US