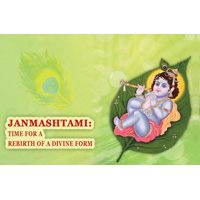 On August 17, states across India will come alive with celebrations. People will form human pyramids to crack a pot hanging high in the air. Women dressed in colorful lehenga-cholis will dance in joy around a blue-colored man holding a flute and wearing a peacock feather in his head. 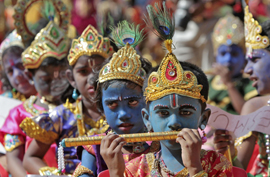 Yes, that means Janmashtami is coming. The festival commemorates the birth of one of the most adorable avatars of Lord Vishnu – Krishna. He is the lovable cowherd of Gokul who goes on to kill the cruel Kansa and recite the Bhagvad Gita to Arjuna on the battlefield of Kurukshetra. The Bhagvad Gita is the sacred book of the Hindus, a holy scripture in which Krishna urges people to do their duties with pure hearts and leave the rest to God. He says he will always come back to save the world, whenever the need for His intervention is at its peak. So, dear Krishna, now is the time to keep your word and come back to Earth to put an end to the dominant evils. 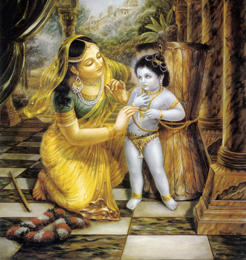 This phrase means whenever evil increases and righteousness falls to the nadir, at that time I will take birth in some form or as myself to save the world, to save the good people and to destroy the evil. Krishna also utters the words “SambhavamiYugeYuge”, which means, “I will come back millennium after millennium.” The world today is perhaps going through one of the worst phases ever in history. Babies are being killed on the basis of sex discrimination, girls being raped every hour in India, airplanes are being shot down in Russia, and innocent people are dying in Iraq and Gaza. Natural calamities are occurring more frequently than ever before.

Countries are fighting for supremacy and dominance.Weapons of mass destruction and nuclear weapons that are capable of destroying entire cities within no time are being developed. Terrorist attacks are taking place in the most unexpected places. If you consider all the bad things that are happening in the world, you realize that the list of such injustices is almost endless. In such an unkind world, people look forward to the presence of a guiding light, a powerful force that can conquer the evils of the world. With Janmashtami just round the corner, devotees of Lord Krishna pray for their beloved savior to come back to earth and set things right. Janmashtami is one of the few festivals celebrated across the width and depth of the country. Krishna is worshipped as Guruvayoorappa in Kerala, Thakurji in Gujarat, Kanhaiyya in Uttar Pradesh, and many different names in other Indian states. 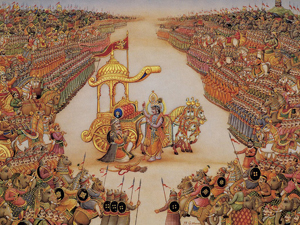 The birth of the tenth incarnation of Lord Vishnu, Kalki, the destroyer of evil, has already been foretold. It has been said that Kalki will be born in “Kaliyug,” an age where injustice dominates justice. Considering all the bad things happening in the world today, is now not the time for Vishnu or Krishna to take a new form? It surely is and this Janmashtami, lets pray with all our hearts to bring the Lord back on earth. Like the lord himself said, “I can never say no to devotees who pray to me with all their hearts and souls.”