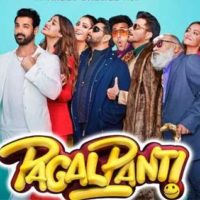 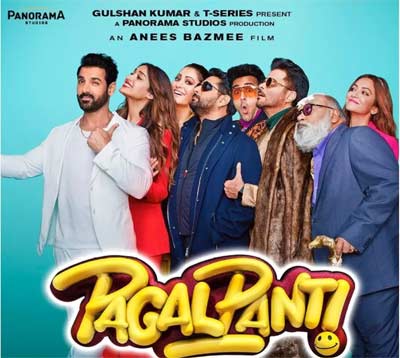 The first set of posters released introduced the character that each actor will play in the film. John’s character is Raj Kishore, Anil Kapoor is playing Wifi Bhai, Arshad is Junky, Pulkit is Chandu, Ileana is Sanjana, Kirti is Janvi, Urvashi is Kavya, and Saurabh Shukla is Raja Sahab. The second set of the posters released show the actors in some over-the-top situations, giving the fans a sneak-peek into the craziness of the story.

Pagalpanti has been directed by Anees Bazmee, who is well known for directing comedies such as No Entry, Welcome, Singh is Kinng and Ready. The film also marks John Abraham’s comeback to comedy after his successful streak in the thriller and action genre. Bhushan Kumar, Abhishek Pathak, Krishan Kumar, and Kumar Mangat Pathak produced the film, which hits theaters on November 22.