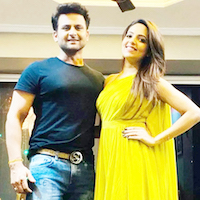 Co-stars and co-hosts of the Kapil Sharma Show Sugandha Mishra and Sanket Bhosale have decided to become life partners. They recently got engaged and got married April 26, 2021. The couple shared the exciting news on social media. 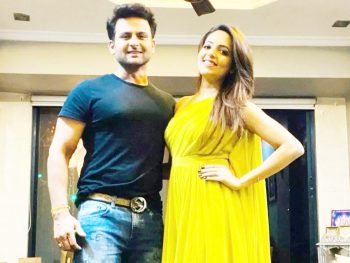 Sugandha shared an intimate picture with her beau Sanket with a ring and heart sign emojis. She looked pretty in a lavender-colored satin gown with a matching necklace and ring. While the groom-to-be was dashing in his black attire. Sugandha announced the big day as 26.04.2021 in her Instagram post along with love-filled hashtags like love, life, soulmate, getting married, hitched forever, blessed and power couple.

Sanket too shared a similar picture in his post. He called his would-be wife and long time lover, his ‘sunshine.’ Sugandha also thanked her well-wishers for showering love and blessings on her. The news of their engagement and marriage became viral in no time and congratulations came pouring in.

The multi-talented Sugandha Mishra is a comedian, playback singer and television presenter. She began her television career with the Great Indian Laughter Challenge in 2008 and appeared in the Kapil Sharma Show as a teacher Vidyavati. She is from Jalandhar.

Sanket Bhosale, a doctor from Mumbai, was also a part of The Kapil Sharma Show. He was famous for copying Sanjay Dutt and Sunil Shetty. The couple began dating in 2017.

Post Views: 456
Why is Ramadan called Ramadan?
Why Stories Matter for Children’s Learning