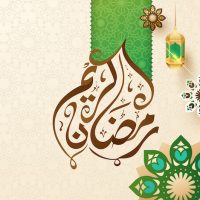 Why is Ramadan called Ramadan? 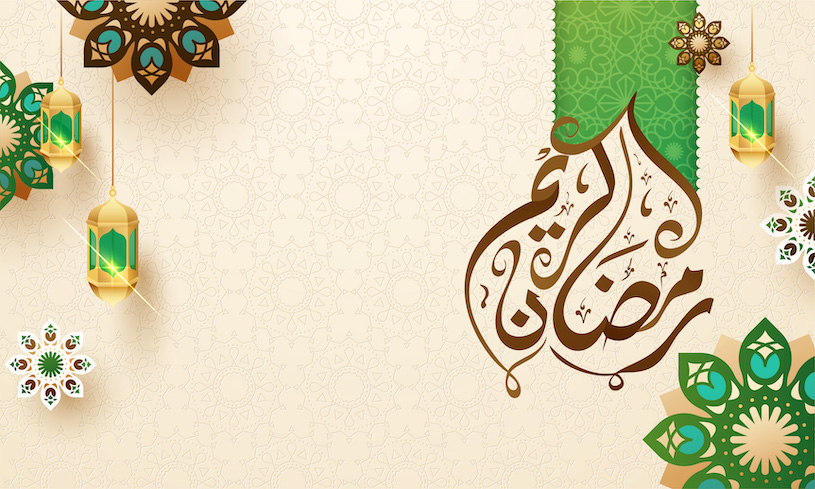 Editor’s note: Mohammad Hassan Khalil, associate professor of religious studies and director of the Muslim Studies Program at Michigan State University, answers six questions about the significance of the Muslim month of fasting.

Why is Ramadan called Ramadan?

Ramadan is the ninth month of the Islamic lunar calendar, and lasts either 29 or 30 days, depending on when the new crescent moon is, or should be, visible.

The Arabic term Ramadan connotes intense heat. It seems that in pre-Islamic Arabia, Ramadan was the name of a scorching hot summer month. In the Islamic calendar, however, the timing of Ramadan varies from year to year. This year Ramadan begins in most places on April 13. An Islamic year is roughly 11 days shorter than a Gregorian year.

What is the significance of Ramadan?
Ramadan is a period of fasting and spiritual growth, and is one of the five “pillars of Islam.” The others being the declaration of faith, daily prayer, alms-giving, and the pilgrimage to Mecca. Able-bodied Muslims are expected to abstain from eating, drinking and sexual relations from dawn to sunset each day of the month. Many practicing Muslims also perform additional prayers, especially at night, and attempt to recite the entire Qur’an. The prevailing belief among Muslims is that it was in the final 10 nights of Ramadan that the Qur’an was first revealed to the Prophet Muhammad.

What is the connection between soul and body that the observance of Ramadan seeks to explain?
The Qur’an states that fasting was prescribed for believers so that they may be conscious of God. By abstaining from things that people tend to take for granted (such as water), it is believed, one may be moved to reflect on the purpose of life and grow closer to the creator and sustainer of all existence. As such, engaging in wrongdoing effectively undermines the fast. Many Muslims also maintain that fasting allows them to get a feeling of poverty, and this may foster feelings of empathy.

Can Muslims skip fasting under certain conditions? If so, do they make up missed days?

All those who are physically limited (for example, because of an illness or old age) are exempt from the obligation to fast; the same is true for anyone who is traveling. Those who are able to do so are expected to make up the missed days at a later time. One could potentially make up all of the missed days in the month immediately following Ramadan, the month of Shawwal. Those unable to fast at all (if they are financially able) are expected to provide meals to the needy as an alternative course of action.

What is the significance of 29 or 30 days of fasting?

By fasting over an extended period of time, practicing Muslims aim to foster certain attitudes and values that they would be able to cultivate over the course of an entire year. Ramadan is often likened to a spiritual training camp.

Besides experiencing feelings of hunger and thirst, believers often have to deal with fatigue because of late-night prayers and predawn meals. This is especially true during the final 10 nights of the month. In addition to being the period in which the Qur’an was believed to have been first revealed, this is a time when divine rewards are believed to be multiplied. Many Muslims will offer additional prayers during this period.

Do Muslims celebrate the completion of Ramadan? 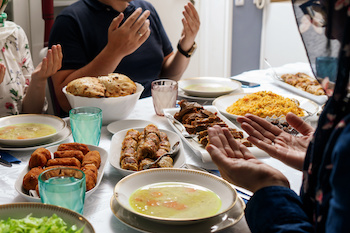 The end of Ramadan marks the beginning of one of two major Islamic holidays Eid al-Fitr, the “festival of the breaking of the fast.” On this day, many Muslims attend a religious service, visit relatives and friends, and exchange gifts.

Mohammad Hassan Khalil is a professor of Religious Studies, an adjunct professor of Law, and Director of the Muslim Studies Program. Before returning to his hometown of East Lansing, Michigan, he was an assistant professor of Religion and visiting professor of Law at the University of Illinois. He specializes in Islamic thought and is author of Islam and the Fate of Others: The Salvation Question and Jihad, Radicalism, and the New Atheism editor of Between Heaven and Hell: Islam, Salvation, and the Fate of Others and Muslims and US Politics Today: A Defining Moment.