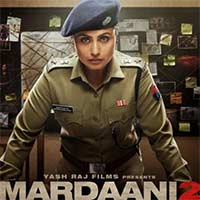 Mardaani 2 Teaser Out: Rani Mukerji is Back as a Feisty Cop 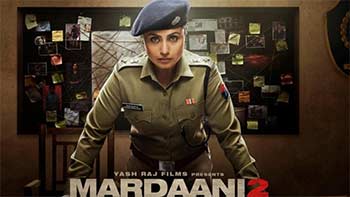 Rani Mukerji will soon be seen back on the silver screen portraying the role of the feisty cop Shivani Shivaji Roy in Mardaani 2. The teaser of the much-awaited cop thriller is out. The film is the sequel of 2014 cop-thriller Mardaani, in which Rani played the role of fearless and committed Superintendent of Police, Shivani Shivaji Roy.

Pradeep Sarkar directed Mardaani; but its sequel marks the directorial debut of Gopi Puthran, who was the writer of the first film. Mardaani 2 is being promoted with the hashtag “she won’t stop,” which seems to sum up the story as well as its lead character. In the power-packed teaser of the action-thriller we can see the enraged Rani Mukerji in her cop avatar beating up a villain.

While in Mardaani, Rani took on the kingpin of child trafficking racket, in the sequel she will be pitted against a new, 21-year-old villain. In an interview, director Gopi Puthran said, “Rani as Shivani will be seen in a massive showdown with a 21-year-old villain who is an embodiment of pure evil. He is a dangerous criminal who targets women.”

Speaking at the teaser’s launch event, Rani said, “The film will see a female cop fighting an evil person to end crimes against women. As we all know, Navratri stands for the victory of good over evil all over India. Whether it is Goddess Durga defeating the demon Mahishasura or Lord Rama’s victory over Ravana, Navratri’s significance is key to this asset launch. So, we decided to start the journey of Mardaani 2 on this auspicious occasion.”

Mardaani 2 has been produced by Yash Raj Films and has been shot in Kota and Jaipur in Rajasthan. The film will hit the theaters on December 13.