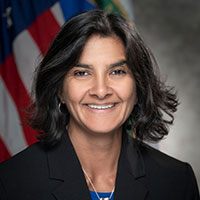 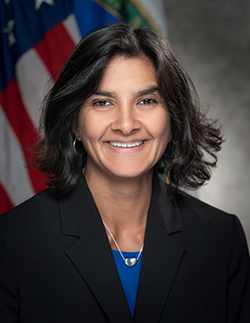 Since 2016, Baranval has been the director of GAIN, the Department of Energy’s gateway for Accelerated Innovation. And now this top Indian-American nuclear experts has been named the assistant secretary, Nuclear energy at DOE. Rita Baranval as elected with a vote count of 86-5.

Ms. Baranval, the present director of GAIN, will now be taking the lead role in the powerful department of nuclear energy. She will also be heading the department’s nuclear technology research, development & management of the overall department’s infrastructure. Baranwal’s confirmation as the nuclear head has come after the dispute between the Nevada Congressional delegation, and the Department of energy regarding Yucca mountain site, Weapon-grade plutonium and even spent fuel disposition.

Rita Baranwal is a mighty brain. An alumnus of MIT & University of Michigan, Ms. Baranwal holds a Bachelor’s degree in Material Science and Engineering, and a Ph.D.

On the professional boat, She had also served as the member of the advisory board for MIT’s Materials Research Laboratory and UC Berkeley’s Nuclear Engineering Department. Prior to her responsibility at GAIN, she had also served as Director of Technology Development and Application, Westinghouse; & also as a manager in Materials Technology, Bechtel Bettis.

The decision for naming Ms. Rita as the nuclear head has come after her statement given in a recent presentation, which reads “The unconventional and energetic spirit that created the commercial nuclear energy industry will again transform our country. New, smaller and more efficient reactors are being developed to combat climate change and meet the energy demand,”. Ms. Baranwal said in a recent blog post this week.

Washington Government had already signed a new delegation to increase the speed of nuclear reactor development. Ms. Baranwal will be definitely playing the key role in the futuristic plans for DOE.