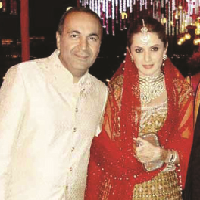 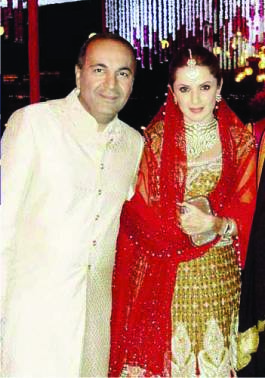 The eldest of the next-gen Hinduja’s, Sanjay Hinduja got hitched to his long-time girlfriend Anusuya Mahtani in a threeday extravaganza, which commenced on February 10, 2015 in the City of Lakes, Udaipur. The wedding was a no-expense-spared lavish affair attended by the Bollywood stars as well as International celebrities.

The pre-wedding party was in itself an ostentatious affair, for which several Bollywood bigwigs, business honchos and politicians came all the way to Mumbai’s Taj Mahal Palace to jump-start celebrations. Madhuri Dixit, Boney Kapoor, Rishi Kapoor, Jackie Shroff, Anil Kapoor, Mukesh Ambani, Nita Ambani, and Amar Singh were some of the luminaries who attended the lavish prewedding party. Nonetheless, the three-day long wedding celebrations in Udaipur remained the cynosure for all eyes in the world.

A slew of traditional festivities and pre-wedding festivities took place at different venues of the City Palace complex. A cocktail party was hosted at the stately Manek Chowk, followed by a poolside mehendi ceremony at the grandiose Shiv Niwas Palace and a Sangeet at the stunning Zenana Mahal. All that was left was the the much hyped fairy-tale wedding at the enchanting Jagmandir Island Palace.

Pop diva Jennifer Lopez and ex-Pussycat Doll Nicole Scherzinger set the stage ablaze with their high-octane performances at this big fat Indian wedding. Also, a number of glitzy celebrity shots by the guests at the wedding flooded social networking sites like Twitter, Instagram and Facebook. The fabulously ritzy wedding is still the talk of the town. 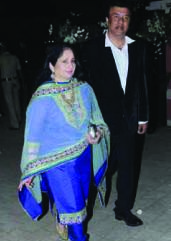 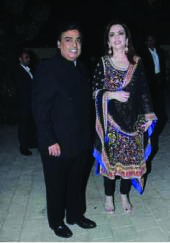 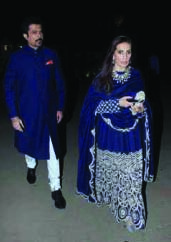