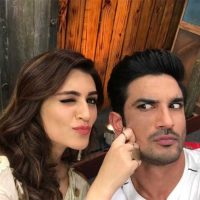 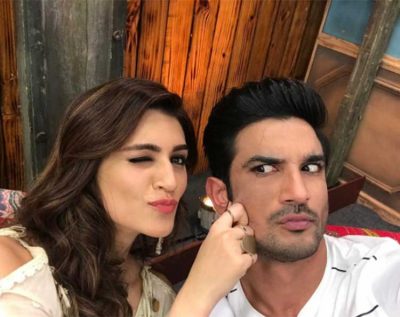 While their on-screen chemistry was idolized and cherished by their fans, their off-screen friendship was also not a secret. Apart from goofing off together, they were often seen having a fun time on the sets of the movie and during its publicity and promotions.

Now here’s some tea if you adore some of Bollywood’s secret…hush hush.

A picture was leaked where Kriti is seen looking like a glimmer of sunshine in her all-yellow apparel. She is seen in a goofy manner where she is seen snapping a selfie with Sushant who is occupied in his power snooze. Clothed in casual attire, Sushant is seen dozing on a chair with his shades on.