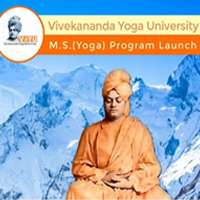 As part of the 6th International Yoga Day commemorations, the world’s first yoga university outside India has been launched in Los Angeles, California offering programmes that combine scientific principles and modern research approaches to the ancient Indian practice of yoga. 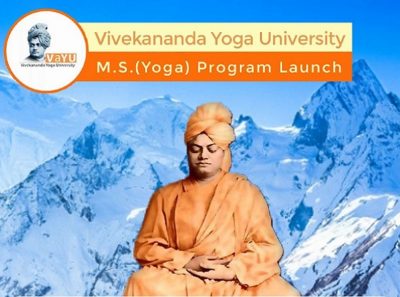 The Vivekananda Yoga University (VaYU)  is said to be the brainchild of Dr. H R Nagendra, a former scientist from NASA, who has been working on converting yoga into a socially relevant science for the last four decades. Eminent Indian yoga guru Dr. H R Nagendra, Chancellor of Swami Vivekananda Yoga Anusandhana Samsthana (SVYASA) is the first Chairman of VaYU. The Vivekananda Yoga University (VAYU) has established its initial campus in Los Angeles with a budget of USD 5 million. Sree Sreenath, a Professor from Case Western University, has been named its first president.

The Vivekananda Yoga University (VaYU) was jointly launched on June 23 2020 by Minister of State for External Affairs V Muraleedharan and Chairperson of the Standing Committee on External Affairs P P Chaudhary during a virtual event held at the Consulate General of India in New York.

Addressing the virtual launch, Muraleedharan said, “Swami Vivekananda gave the message of universal brotherhood from the US and through the first of its kind yoga university outside India, the message of yoga will be broadcast from America to the world.”

The event was jointly hosted by the Consulate General and Jaipur Foot USA Chairperson and founding director of VaYU Prem Bhandari.

In his message, Nagendra, well known as the yoga consultant to Prime Minister Narendra Modi, said Swami Vivekananda “heralded the grandeur” of Indian yoga dimension to the world through his famous speech in Chicago in 1893.

“As Swami Vivekananda said education is the manifestation of perfection already in man, VAYU aims at providing man-making and nation-building education by promoting an all-round personality development in students of generation next,” Nagendra said..

“It is further to the efforts of Prime Minister Narendra Modi who was instrumental in getting the UN declaration of International Day of Yoga on June 21st, his yoga guru H R Nagendra’s team’s hard work which made the establishment of a yoga university in US a reality,” said Prem Bhandari, a founding director VAYU.

India’s Consul General in New York Sandeep Chakravorty said that New York has deep ties with yoga as many years ago Swami Vivekananda spent time in the city and wrote books on yoga which popularised the Indian practice all over the world.

Founded on the principles of Swami Vivekananda’s preion for universal welfare, VaYU will offer online graduate programmes based on scientific principles and modern research approaches to yoga

Minister of State for External Affairs

Chairperson of the Standing Committee on External Affairs

Editorial July 2020
Online Family Resources For a Summer in Shutdown