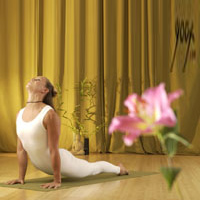 Yoga Getting Popular Among Indians 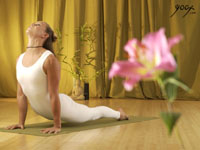 A slogan on a T-shirt in the West goes: “Whatever the question, the answer is� more yoga.” Yoga is not merely limited to a fashion statement; it is a practice that has taken the world by storm, India being no exception.

Ranging from a cryptic science practiced in segregated ashrams among a sparse group of gurus and their acolytes to being flaunted on a T-shirt in California is a pretty good measure of the distance yoga has traveled in the last century.

It is believed that this occult form of discipline has attracted over 15 million people and the numbers are only on the rise. One doesn’t need to look far beyond our own experiences to confirm its kudos.

If we have so far not indulged in it, in all probabilities we would know of someone who does, or while walking along a busy main street, we are bound to see someone carrying a yoga mat .In fact you can’t find a magazine or newspaper without glimpsing through an article about yoga.

One can’t help but wonder how has a 5,000-year-old spiritual practice become the hottest mind/body trend today. Not surprisingly the media has bolstered in spreading the message of yoga and the fact that the celebrities like Madonna and Sting practice yoga has attached an additional tag to the whole concept.

Perhaps the best way to understand yoga’s popularity is to go right to the people who practice it. Some of the more common replies one might hear are flexibility, increased energy, improved focus, reduction of the symptoms associated with stress and an overall good feeling. The fact is that yoga can have a rejuvenating effect on all systems of the body including the circulatory, glandular system, digestive, nervous, musculoskeletal, reproductive and respiratory systems.

Yoga has come full-circle. It has traversed across the globe, originating from the Indian sub-continent and has been acknowledged far and wide. Yoga has gyrated back to its country of origin. As much as it is therapeutic for the West, its healing power is now becoming popular in India as well.

Over the last 100 years, our lives have become very fast paced: cell phones, computers, internet, and television. This, along with a strong work ethic, often results in people going out of balance – people experiencing a lot of stress. Consequently, there is a strong need to de-stress, to quiet our minds and rejuvenate our bodies. And yoga helps achieve this, helping us return to a state of balance and health.

Yoga brings us into the moment. It is very difficult to practice and be thinking about what happened at work today or the party tomorrow night. Becoming present in it is a great release from stress.

The word Yoga originates from the Sanskrit word “Yuj” (literally, “to yoke”) and is generally translated as “union” – “integration” – to yoke, attach, join, unite. Yoga is therefore the union and integration of every aspect of a human being, from the innermost to the external. According to Yoga experts, the union referred to by the name is that of the individual soul with the cosmos, or the Supreme.

Yoga has both a philosophical and a practical dimension. The philosophy of yoga deals with the union of the individual soul and the cosmos, and how the two are related. The practice of yoga, on the other hand, can be any activity that leads or brings the practitioner closer to this mystical union – a state called self-realization. Over thousands of years, special practical yoga techniques have been developed by experts in yoga, who are referred to as Yogis (male) and Yoginis (female).

These Yoga techniques cover a broad range, encompassing physical, mental, and spiritual activities. Traditionally, they have been classified into four categories or paths: the path of meditation (Raja Yoga), the path of devotion (Bhakti Yoga), the path of selfless service to the Divine (Karma Yoga), and the path of intellectual analysis or the discrimination of truth and reality (Jnana Yoga). The most conspicuous form of yoga seems to be Hatha Yoga – consisting of various physical and breathing exercises and purification techniques. 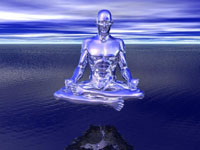 Most in today’s world enjoy Yoga as means of bringing balance into their lives. They report greater clarity in their meditations and a sense of releasing issues that hold them back.

Yoga enhances every facet of physical fitness the mind/body energy exchange supports a mental clarity and concentration. The strength improves posture/alignment to support our daily activities. The flexibility helps to prevent injuries and keeps us supple and youthful. The breathing practices are the foundation and the link between the mind and the body, providing a valuable tool for releasing tension and reducing stress.

The practice of yoga teaches us how to quiet the mind by placing attention on the breath, and also on the movement (stillness) of the body.

Today, statistics reveal that yoga is the most widely practiced exercise system in the world. One out of eight Americans practices yoga and three lakh people in the UK do likewise. But what is surprising is that India too is becoming a hub of yogic practice.

Bollywood and Hollywood stars alike are heavily dedicated to this form of art or science as one may like to refer to it and it is one of the few terms in the Indian spiritual lexicon that MS Word passes without drawing a red line under.

More and more people are turning towards yoga and meditation as panaceas to a whole host of physical ailments, including heart conditions. A regimen of yoga, meditation, group therapy and a change in diet could reverse heart conditions.

Books and CDs on the subject abound and websites on yoga are legion. In India, statistics are hard to come by, but every yoga teacher confirms that more and more people, particularly among the younger generation, are turning to yoga, owing to the competitive nature, fast lives and stressful careers that Indians are beginning to lead.

Then there is the therapeutic component. Yoga can be used successfully with conditions such as insomnia, back problems, digestion problems, asthma, improving circulation, anxiety and weight loss – just to name a few.

The lucid side of yoga is that it is non-competitive. It is not about winning or losing -one can set one’s own pace. Of course people still compete with themselves though, and compare their posture to others in class. In that very sense the success rate of Yoga is yet to be determined. It’s all about quelling oneself from oneself.

In addition, many of us are yearning for something more. Many of us have shied away from organized religion yet seek a spiritual practice that connects us to ourselves as well as something larger – a spiritual practice that is non-dogmatic, without many rules. While most of the yoga practiced in health clubs focuses on primarily the physical aspects of yoga, the philosophical side also seeps in.

Classes and information about yoga is readily available. Yoga can be viewed as a philosophy rather than form of exercise or a method to get over stress. At its simplest level, yoga quiets the mind and opens the body – setting the stage for withdrawing deeper inside oneself – to a place of peace, a place of balance, a place of health. It is here where the divine within us can be discerned.

You may have gone back to work or school, and are getting into a new routine. Many find this time of year challenging with transition and with the many activities to which they are drawn. We come from a society that is achievement oriented, and we don’t value time when we aren’t doing anything. Yoga is a tool toward acquiring introspection and stillness. Learning to just ‘be’ is a critical skill for survival in the 21st century. Yoga cultivates awareness so one can be present in the moment and in the body. This practice extends to being present at other times in life, and towards finding meditative awareness doing everyday things.

When we get too involved in the happenings of the physical world, one is often beckoned by the deep inner place that resides in each of us in order to regain perspective. We all need to maintain our connection to this still inner place and see ourselves and the world more clearly.

Imagine one’s life as a wheel, and spokes reach towards a center. Supported by the balanced strength of the wheel, we can move forward. Consider the spokes as different aspects of life, and each needs attention. Sometimes our wheel gets stuck in a rut when the spokes aren’t balanced. Imbalance occurs when we ignore parts of our life that need our attention and energy. Cultivating awareness helps us notice when the ground has shifted under our feet and how we can regain our footing.

The physical practice of growth known as ‘Asana’ practice helps us have more physical balance, making us stronger and more resilient. Asana prepares us for meditation so that we can be present within ourselves. As we work on yoga postures with discipline and attention, we learn more about being in the present moment with our bodies. We let go of the past, our worries, and stories about what happened and also release fear about what might happen. 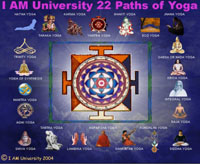 The experience of yoga contrasts the state of being either in the past or in the future, instead of the present moment. We find ourselves calmer yet full of energy. At the end of practice, don’t be tempted to cut short ‘Savasana’. ‘Savasana’ is the corpse pose, done lying down on the back. For ten minutes or more we can bathe in our yogic bliss and come to a slowing down of mind, body, and spirit which is sustenance for well-being.

One of the important yogic observances in Patanjali’s yoga sutras is ‘Santosha’. ‘Santosha’ is contentment and acceptance of what is. ‘Santosha’ extends to the practice of gratitude and joyfulness, and the ability to remain calm with success or failure. It is a state of mind with doesn’t depend on external circumstance. How wonderful if we can extend this state of ‘santosha’ into our lives off the mat, which is a goal of yoga.

Yoga, in its many forms, cultivates stillness of mind and the senses. Evenness of the mind happens when the mind dissolves in the heart. Instead of being in a thinking mode, relax to a space of just “being” with the heart wide open.

As time goes by Yoga practices would be as popular if not more in India as in the West. With competitive lives, stressful jobs, cultural crossovers and fast lifestyles, the need of the hour looks like nothing less than Yoga. It seems like the only modern day mantra. However, there could be a section that would practice Yoga as a fashion statement, which would nullify the essence of yoga.

Lives in India are getting comparable to that in the West. There is an urgent need to slow down. Yoga can be seen as complete solution to most of our problems. It is a complete science of personality development and touches all aspects of our existence. So practice of it is must for everyone. Young and old alike it is meant to heal both.

It’s probably difficult to fathom the benefits of yoga unless one doesn’t immerse in the process. Given the busy life styles that we Indians today lead it seems impossible to take a millisecond off, especially where one can devote some time for oneself. However, the only way to discontinue this is and to detoxify and de-stress our current lives we need to turn to the new age talisman-Yoga.