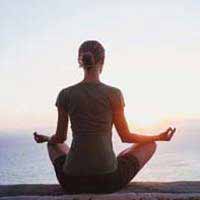 Knowingness Meditation – Your Enlightenment is Now: An Excerpt – By Sherrie Wade (Shree)

Below is an excerpt from Shree’s soon to be published book: Knowingness Meditation: Your Enlightenment is Now. The excerpt is a precise rendition of the Yoga Sutras of Patanjali, Paad I verse 41-47 and a message from the Bhagavad Gita, Chapter III verse 42. 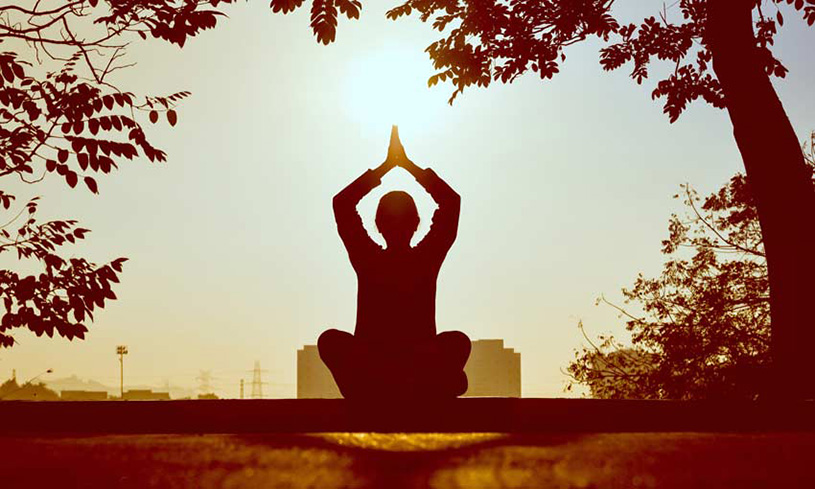 With this mistaken perception the intelligence, now only mental, is weakened. But, the mind appears stronger as the Self is hidden so the Self appears weaker than the mind. This deception is caused as the power of the Self mixes with the mind and now the mind thinks it is powerful. Like if a light bulb was plugged into an outlet and you may think that the light bulb is the light’s power but without the electric current it would be just a dull bulb. The mind would just be insentient matter without the Self or source of Pure Consciousness. As Swami-ji has said: “The mind thinks and the Self realizes!” 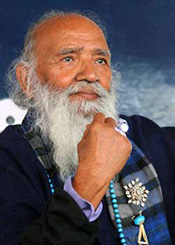 Sootra I:41. Patanjali makes us aware that the mind can be compared to a crystal that takes on whatever color reflects on it. When it remains the human mind it takes on qualities such as doubt, fear, worry, happiness, unhappiness. Through the transformation of the mind in meditation, the vrittis, or thoughts, are reduced or absorbed in the Self. The Self is the real power behind the mind, so, now, the Self shines clearly without any coloration or doubts. Now, it is like a clear crystal that is not clouded by imperfections as it is reflecting only its clarity and light. The mind now functions as a higher mind that is not bound by vrittis, or thoughts. 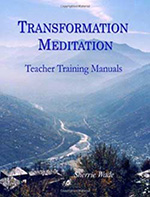 Sootra I:42-47. Here is given the discussion of the various states of samaadhi (transcendence of the mind). This is helpful so that when you begin meditation. You can observe how the true Self gets mixed in the waking state and, through this observation, you can now sift the true Self out of the mixture in the mind. The initial stages of samaadhi are still considered to be with the seed, or covering, as one can easily revert back to the waking state after practicing. Just like if there is a seed in the ground it may sprout at anytime. However, in asampragyaat samaadhi, which is the highest attained state, one remains aware and free even while acting in the worldly dramas.

As Swami-ji has suggested, we need to experience this samaadhi state directly, as then, even 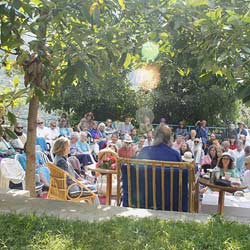 if we lose it and revert back into the other lower levels or the waking state, we will have that faith that it will return. Then, due to our own direct experience of samaadhi, we continue our practice as we begin to know that this highest attainment is already there. We are that samaadhi, so how can we ever be anything else? This question must be contemplated on in order for one to know the ultimate answer. After hearing this knowledge, know it, right now! The continual seeking to get it will not work as you are seeking what is already present and, so, you keep missing it. It would be like if your eyeglasses are already on your head, but you search for them as you can’t see them so you believe that you have lost them. Remembering one’s true nature, Self Aware Self, through meditation, you reach the highest state of awareness. You remain in your essence, pure, free, and forever! 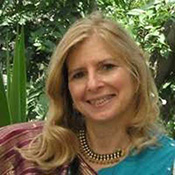 Sherrie Wade, M.A., (Shree) has come to realize that the peaceful meditative state is our true nature. She speaks and writes with clarity and wisdom as to how one can unfold this awareness and transform one’s life. She is a certified meditation instructor from the International Meditation Institute, Himalayas, India, where she has spent over twenty years in self-inquiry and study. Shree has been teaching meditation since 1985 and is now known as a teacher of teachers.

Shree received her master’s degree in counseling psychology and has practiced in Florida for many years as a licensed mental health counselor, specializing in stress management and meditation. She is certified by the National Board of Certified Counselors. She was Director of The Meditation Center, in Delray Beach, Florida, where she developed and conducted Transformation Meditation Teacher Training and evolved the home-study program. She has written articles for numerous newspapers and magazines and was a featured columnist for several years. She is currently Director of Transformation Meditation, Inc., an internet-based institute providing continuing education courses in meditation and yoga philosophy. Learn more by visiting www.transformationmeditation.com.