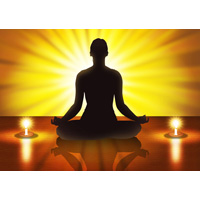 Yoga for Both Preventive and Therapeutic Healthcare 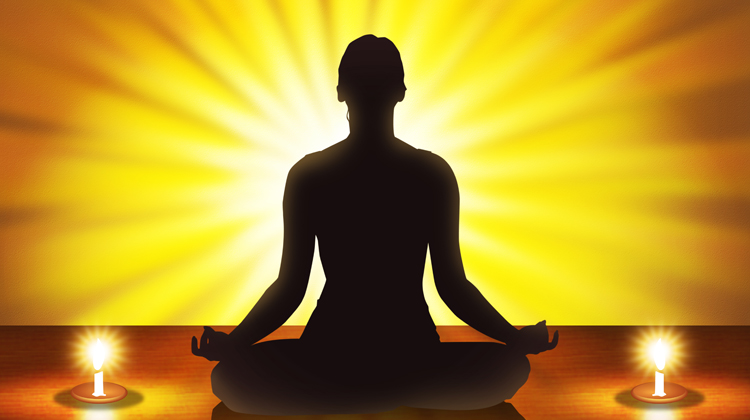 The following are some quick spotlights for you to be better informed about yoga and use it effectively for yourself, and your family and friends.

The National Institutes of Health (NIH) of the US Federal Government has a National Center for Complementary and Integrative Health that recognizes yoga as a valid health modality. 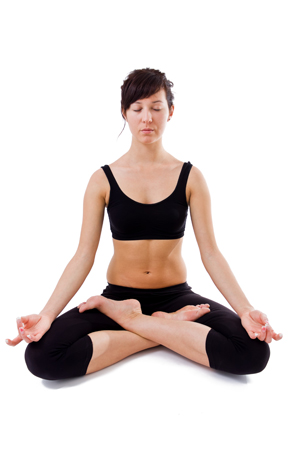 There are over 5,000 academic research papers on yoga listed in peer reviewed life sciences and medical journals that are catalogued by the National Institutes of Health, often called the PubMed database. However to find all the yoga articles one needs to use the search logic of “Yoga” or “Meditation,” since generally most of the world think yoga does not involve meditation, while from a core yoga perspective there is no yoga in any exercise unless there is a meditative component.

Yoga is known to produce deeper relaxation than any other form of relaxation practice.

Yoga is the best stress buster ever known and since stress is known to be the most important factor for NCDs (non­communicable diseases), it is the best preventive medicine available. 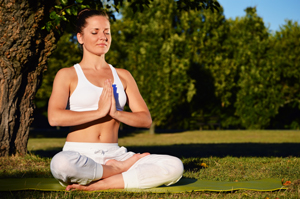 Young woman during yoga meditation in the park

By optimizing vitality through regulated breathing and deep relaxation

By inner awareness of meditation that opens ones intuition

Philosophy and Tradition of Yoga Clarified 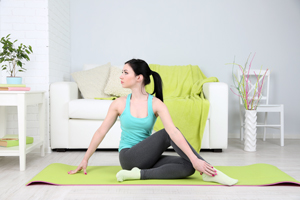 Yoga’s root document is Patanjali’s Yoga Sutra. It describes the yoga process of being a pure observer unaffected by anything around us and yet doing our duty, that helps to purify our internal programs (Vaasanas, Karmas), and thereby attain liberation. It also describes the 8­fold process of Yama, Niyama, Aasana, Praanaayaama, Pratyaahaara, Dhaaranaa, Dhyaana and Samaadhi. It also gives a perspective on creation and the cycle of birth and rebirth until liberation. It is a theistic philosophy that also suggest that surrender to Eeshvara gives the highest level of realization. Patanjali’s Yoga Sutras does not contain a single Aasana practice, but explains the principles of alignment in posture, effect of breathing and approaches to meditation.

Hatha Yoga is a view of yoga that is more physically focused and is expressed in the two texts called Hatha Yoga Pradeepika and Gheranda Samhita. The various Aasanas and Shat (Six) Kriyas of popular yoga come from these documents.

Hatha Yoga is traditionally forbidden for children before puberty, since it is may affect their growth and organ functionality negatively in some cases. 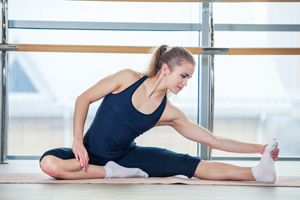 Life in Yoga Institute (lifeinyoga.org) is the first (and at this time) the only yoga institution to have been awarded accreditation to offer continuing medical education courses for physicians that can be used to renew their practice license. Yoga Therapy is provided in the DC Metro area.

He has been teaching yoga in the Washington area since January 1998. He has been trained in Meditation, Hatha Yoga, Praanayaama, Reiki, Praanic and Crystal Healing, Kriya Yoga, Karma Cleansing Rainbow Bridge Meditation, Vipassana Meditation and such techniques since 1981. He is a practitioner and an active researcher of yoga and related practices. He has also been a student of all religions of the world and is very interested in studying the yoga aspects of various religious practices.

He has evolved the 5-fold functional exercises of the Life in Yoga Foundation. His recent research is in the area of Mudras and energy patterns that define nature, personality and match among people. The AtmaVyakta Mudra, the AtmaPoorna Mudra and the BrahmaVyakta Mudra are part of the innovative discoveries. He has also developed a technique that removes Sanchita Karma that he has called Tryambaka Kriya.
Dr. Narayanan holds a Ph.D. in Economics, works in the area of Marketing, but his passion is Yoga.